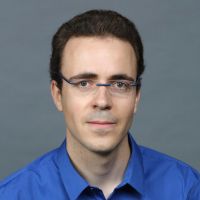 Mathieu (Ph.D. Mechanical Engineering from Ecole Centrale Paris, France) is an expert on polar ice sheets and the effects of global climate change on the cryosphere. He joined Dartmouth in 2021 after several years at UC Irvine and NASA’s Jet Propulsion Laboratory. Mathieu manages this research group, which focuses on better understanding and explaining ongoing changes in the Cryosphere, as well as reducing uncertainties in the ice sheet contribution to sea level rise using numerical modeling. Learn more. 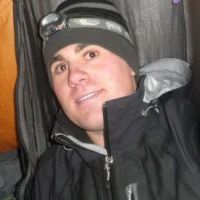 Response of the Greenland ice sheet over the holocene

Josh is using ISSM to study the past behavior of the Greenland Ice Sheet over the last 120,000 years, with particular attention on the Holocene (last 11,000 years), where important paleoclimate archives constraining the past margin migration history of the ice sheet exist. Direct goals of this effort aim to establish critical constraints on the sensitivity of the Greenland Ice Sheet margin to surface forcings (temperature and precipitation), particularly over southwestern Greenland where paleoclimate evidence supports possible retreat inland of the current ice margin during the middle Holocene. Also, relying on developments in data assimilation and inversion capabilities within ISSM, paleoclimate archives of past margin history will be used as targets to invert for unknown parameters such as basal friction and surface mass balance, which are critical components dictating ice sheet variability. By looking at the past behavior of the Greenland Ice Sheet we hope to produce improved spinups which account for not only the past thermal evolution of the ice sheet over the last glacial cycle, but also one which accounts for past variability in margin history. In doing so, a potential outcome will also help to constrain variables that are crucial in dictating the variability of the ice sheet during the past. 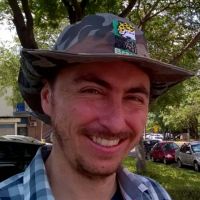 Thiago did his PhD at University of Campinas in Brazil, and developed Adaptive Mesh Refinement (AMR) in ISSM. He is now working on modeling Thwaites Glacier over the coming centuries, as part of the International Thwaites Glacier Cooperation (ITGC). He is interested in ice dynamics, ice-ocean interactions, and numerical methods in general. 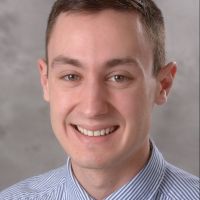 In May of 2016, Tyler graduated with a B.Sc. in both Meteorology and Applied Mathematics from the State University of New York at Oswego. From there, he joined the department of Earth System Science at UCI to pursue his interests in ice sheet variability and its response to both anthropogenic climate warming and natural variability. In particular, the application of numerical modeling to investigate subsequent changes in ice flow dynamics is fascinating to him. 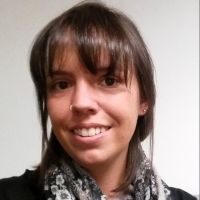 Shivani got her M.A. in Earth Science from Boston University before joining the ice sheet modeling group at UCI in 2018 as a graduate student. She is generally interested in ice-ocean interactions and ice shelf stability. She is using a combination of remote sensing techniques and numerical modeling to study the ice shelves in Northern Greenland. 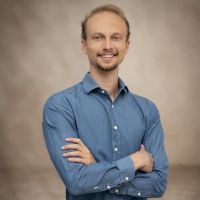 Mattia is an external Ph.D. student within the department of Geoscience and Remote Sensing at Delft University of Technology, currently in a joint collaboration with Jet Propulsion Laboratory and University of California, Irvine. In 2017, he obtained his M.Sc. in aerospace engineering within the department of Astrodynamics and Space Missions at Delft University of Technology and in 2014, his B.Sc. in aerospace engineering at Polytechnic University of Milan.
Mattia joined the ice sheet modeling group in 2020 as an assistant specialist. He is interested in rifts on Antarctic ice-shelves, icy moons and their interactions with sub-surface ocean